The land of Vikings,

trolls, and the northern lights

It is impossible not to marvel at the breath-taking wonderland that surrounds you when travelling through Norway by e-bike & sailing boat. Visit this land of legends and discover spectacular fjords, rivers, mountains, and the Norwegian Sea. Beginning in 2023 you can embark with us on journeys by Bike & Sailing Ship through a Norwegian wonderland brimming with beauty. One thing is certain: The picture-perfect paradise of Lofoten will keep the photographer in you busy!

Land of trolls and the northern lights

The Lofoten is both a region in the northwest of Norway and an archipelago consisting of 80 islands. The name Lofoten comes from the word “Lofot” meaning “lynx foot” with “ló" being the Old Norse word for lynx, and "foten" the word for foot. Lofot was the original name of Vestvågøy, one of the Lofoten Islands.

A round tour is the best way to see the Lofoten Islands to ensure that you don’t miss out on the many must-see places in the region. Travelling through the archipelago is like flicking through a brightly illustrated picture book: fjords, rivers, lakes and waterfalls can all be found within just a few kilometres of each other. The Norwegian landscape is nothing if not diverse, with soaring mountains alternating with Caribbean-like beaches.

During the summer months, the sun won’t set for days on end. Vesterålen, Senja, Kvaløya and Tromsø are some of the best places in the Lofoten area, offering natural beauty unlike anything else in Europe. On our Islandhopping tour, we will ride our e-bikes up to the far north of Europe, into the Arctic Circle, and through some of the most spectacular natural settings in Norway. Experiencing the midnight sun is certainly one of the top attractions of our sail and bike tour in the Lofoten. The unique opportunity to experience all this from the perspective of a classic sailing ship and from the comfort of an e-bike make this tour truly incomparable. 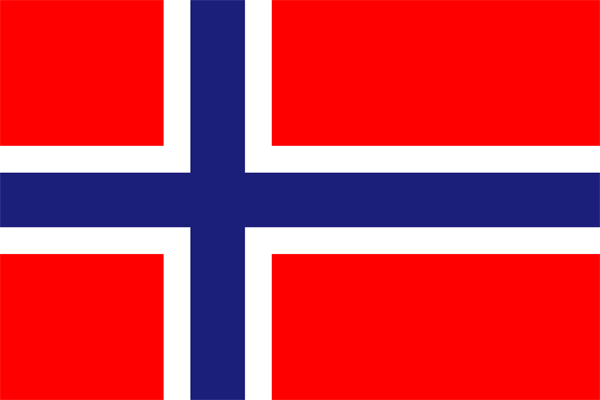 Considering how far north the country reaches, Norway’s west coast has an extremely mild and humid climate. This warmer weather can be attributed to the North Atlantic Current, which allows relatively warm water to flow from further south up to the far north. The further inland you go, the more continental the climate becomes. Rainfall decreases while temperatures climb higher in summer and drop significantly lower during the winter, with more snow than in other parts of the country.

The climate in Lofoten, like much of Norway’s west coast, seems to be an exception to what would be expected of an area so far north. At these high latitudes, the islands should be constantly covered in ice and snow, with no vegetation at all. However, thanks to the warm Gulf Stream, the archipelago is blessed with a mild, oceanic climate. Though summers remain fairly cool, with an average temperature of about 13°C (55°F) during July, it is still far above freezing. Temperatures, on the rare occasion, can even reach 30°C (86°F).

While on your holiday in Norway, please keep in mind that you are in the arctic region. This means that there can be significant variations in both temperature and weather (rainfall is also to be expected!)

The maritime location and mountainous terrain of the islands result in the weather in the Lofoten varying greatly from one place to another. It is not unusual for the sun to be shining on the east coast while 10km away it is raining on the west coast. Having wet weather gear with you is an absolute must!

In the Lofoten you can expect an oceanic climate with beautiful, sunny days and mild temperatures, occasionally interrupted by cooler showers. The driest month is usually June while July and August are the warmest. Temperatures range from 10°C (50°F) to 20°C (68°F). Though the sandy white beaches and Caribbean blue water may tempt you in for a swim, only surfers and hardcore enthusiasts dare jump into the extremely refreshing water!

The midnight sun is like a long sunrise and sunset at the same time, bathing Northern Norway in a deep, orange-red glow.

Summer nights in the north can be cool but as long as this doesn’t bother you, a midnight, sunlit swim is absolutely possible. Alternatively, you can stay up all night long with the sun!

Adults and children require a valid passport (or identity card) when entering Norway, which should be valid for a further six months upon entry.

Note: Many Norwegian authorities and other official institutions such as banks do not accept identity cards. It is therefore recommended to enter Norway with a passport if staying longer.

Identification documents/passports, which are valid for at least 6 months upon entry, are necessary for entry into Norway. Therefore, please make sure to have the required documents with you when entering the country.

Please note that provisional passports and replacement documents are generally not recognized. Children (regardless of the age) must also present a valid passport when entering Norway.

Please contact the responsible authority in your home country for further information on entry regulations (especially in the case off lost/substitute documents).

Credit and debit cards are accepted almost everywhere in Norway. However, we recommend that you have some cash with you (NOK/Norwegian currency) as euros and other currencies are usually not accepted. Post offices and some grocery stores/supermarkets do NOT accept foreign credit cards. Debit cards, on the other hand, are usually taken at these places. Visa and MasterCard are most commonly accepted, while Amex and Diners are rarely taken. It is best to ask for advice in advance to avoid any complications.

There are cash machines in both small and large cities. Even more rural areas kiosks or petrol stations provide the opportunity to withdraw money.