Far eastern flair in a

Vietnam is a country of contrasts, where bustling, vibrant cities alternate with a countryside where time seems to have stood still. Experience the colourful pagodas, bright rice fields, grazing buffalos, lively markets, tropical forests, and remote islands on our Islandhopping tour in Vietnam.

Our Bike Tours in Vietnam:

Far Eastern Flair in a Country of Contrasts

Ha Long Bay, with its 2,000 islands and striking limestone formations, is one of the most spectacular sights in Vietnam. The sinking limestone plateau, with its rich vegetation and biodiversity, was declared a UNESCO World Natural Heritage Site in 1994. The name of the bay means “The Descending Dragon”. According to legend, the bay was created when a dragon carved deep furrows in the land with its tail, which was then filled with seawater.

The best way to admire this mythological landscape is on board a traditional junk. On our Islandhopping tour, you will also have the opportunity to take a guided kayak tour to explore lagoons, beaches, and caves hidden amongst these limestone giants. The area northeast of Ha Long Bay belongs to Bai Tu Long National Park, which has a bay of the same name, just as beautiful as its famous neighbour.

One of the best places to visit in Vietnam is the vibrant capital of Hanoi with its labyrinthine style alleys and colourful houses. This city is a mix of old and new, the traditional and the modern. A walk through the night market is one of the top 10 things to do in the city. Its beautiful colours, scents, and tastes make a holiday in Vietnam a feast for the senses!

Central Vietnam is one of the most exciting regions on our tour through the country. The region is considered the cultural centre of Vietnam, not in the least because of the old imperial city of Hue, easily one of the top 10 places to visit in Vietnam. The former capital was the main residence of the emperors between 1802 and 1945. The citadel with its forbidden city still bears witness to the splendour of the time. There were more than 10,000 people living within the high walls of the palace who cared for the well-being of the imperial family. Next to the palace are the historically significant Imperial Tombs and the world-famous Thien Mu Pagoda (the Pagoda of the Celestial Lady), which was built seven storeys high. The cuisine in Hue is also considered one of the best in the country.

120 kilometers further south you can find the picturesque town Hoi An. The city impresses with its striking French and Chinese architecture and has a wealth of tailor shops where every traveller is sure to find something. Cyclists visiting the city also have a special treat to look forward to: The riverside path along the Thu Bon River is considered one of the most beautiful cycling tours in the country and a must do for any biker visiting the area.

The Mekong Delta is often called the lifeline of Vietnam. In this region with its tropical climate, numerous canals wind through the mangrove swamps and rice fields. This precious water influences every aspect of life here: Houses on stilts, rice mills, people washing laundry, heavily loaded boats, waving children, and snorting water buffaloes line the banks. Watching this go by onboard a boat is a special experience and arguably one of the best things to do in Vietnam. At walking pace, we will pass by lavish nature, presenting itself in a rush of colour and fragrant fruit.

This is then contrasted with the bustling areas along the river such as the floating market of Cai Rang or the lively metropolis Can Tho, the so-called little Venice of Vietnam. For cyclists, the many islands in the middle of the delta offer ideal conditions for varied cycling tours: Shady paths, little traffic, and numerous bridges make these bike routes a relaxing pleasure.

Ho Chi Minh City, north of the Mekong Delta, should not be missed on a tour through Vietnam. As Vietnam’s largest city, there are plenty of things to do here, with numerous historical and cultural attractions on offer. 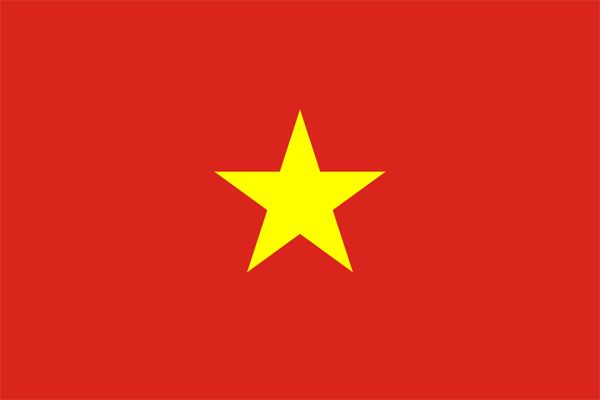 Due to the country’s length, stretching from north to south, Vietnam lies in two climate zones:

The north has a subtropical climate with two seasons: winter from about November to April and summer from May to October. The coldest months are usually December and January. In Hanoi, the weather is often cool and wet (light rainfall) with temperatures of around 15°C (59°F). In the mountains around Sapa, there can occasionally be snowfall. Summers in the north are very hot with temperatures of 30°C (86°F) and above in June and July.

The south of the country has a tropical climate with three seasons. The cool season lasts from November to January with temperatures around 28°C (82°F) - 30°C (86°F) during the day and night-time temperatures dropping below 20°C (68°F) in Ho Chi Minh City. The hot season lasts from February to May (humid and often 35°C (95°F) or more) and the rainy season begins in June and ends in October. During the rainy season, it is also hot but often rains constantly for one or two hours (sometimes incredibly heavily). However, rainfall lasting for several days on end is an absolute exception, even in the middle of the rainy season. There are often floods during this season, especially around Hoi An but also in the Mekong Delta.

The climatic border lies at the Hải Vân Pass (the Ocean Cloud Pass) between Hue and Da Nang.

Distinct rain and dry periods in the Mekong Delta

The Mekong Delta is located in the very south of Vietnam, a region strongly influenced by the monsoon season. Between December and April, directly after the rainy season (May-November), the days are mostly dry. However, as the region falls within the tropical climate zone and has a large amount of water from the delta, the average humidity is around 83%. The average annual temperature is a pleasant 27.5°C (81.5°F).

A valid passport which does not expire for a further six months at the end of your planned trip is required for entry into Vietnam. A visa is also required, which you must have before your trip. You should apply for a visa at least four weeks before you leave for Vietnam.

The Vietnamese entry stamp must be obtained from the embassy of the Socialist Republic of Vietnam or the Vietnamese General Consulate in your home country which entitles you to travel throughout the whole country.

The easiest way to ensure you have everything you require is to give the required papers to a travel agent who will do the processing on your behalf for a fee. The following papers must be submitted:

A tourist visa is usually valid for a single entry and a duration of four weeks. A visa for a longer stay and/or multiple entries can also be obtained from the Vietnamese embassy but comes at a higher fee.

Children are required to have their own passport and visa.

Please note that Radurlaub Zeitreisen GmbH can assume no liability for any misinformation.

We ask you to please obtain the necessary travel information for entering Vietnam applicable to your own country from the Vietnamese embassy.

In order to avoid unpleasant surprises when entering Vietnam, be sure to check, before leaving home, whether the requested duration and the number of entries have indeed been entered into your visa.

Before landing in Vietnam you must fill in a declaration form on which you will need to give an address of your holiday location. Here, again, you can give the address of our Vietnamese partner.

Please keep this declaration form until you leave the country again as it is considered proof of legal entry as well as a record of possible imported foreign currencies.

It is also recommended to have photocopies of your passport and visas made before the journey and to keep them separate from the originals so that you have a backup copy in case of loss or theft.

The online application for an e-Visa is available on the website of the Vietnamese Immigration Service https://evisa.xuatnhapcanh.gov.vn/

The procedure applies to 46 states. The e-Visa is convenient and reduces costs. The passport of the applicant must still be valid for at least 6 months on departure from Vietnam. For a regular visa, the applicant no longer needs to present an invitation.

The e-Visa is valid for a maximum of 30 days and for one single entry. The processing time is approximately three days.

E-Visa fee ($25) must be paid via bank transfer to ensure transparency. Once the visa has been granted you can print it out from the above-mentioned website with the ID provided.

When entering with a visa, please ensure that the residence endorsement which is attached at passport control is for the entire length of your visa and not just 15 days, which is granted for visa-free entry.

Note: A tourist visa is usually issued for four weeks for only one single entry. According to the information of the Vietnamese embassy, it is possible to issue a visa for a longer period and with two or more entries for a higher fee if a corresponding application is made and further documents are presented.

The local currency is the Vietnamese Dong.

We recommend bringing USD in cash (small bills). A total of 400 - 500 USD per person should cover additional costs along the way (tips, meals, and drinks). Traveller cheques are only of very limited use, credit cards are accepted only in large cities, at large hotel and travel agencies.

ATMs can be found in tourist centres such as Hanoi, Hue, Hoi An and Ho Chi Minh City.

There are no compulsory vaccinations for Vietnam. However, the tropical institutes recommend vaccinations against hepatitis A and possibly against typhoid. As these vaccinations must sometimes be given a number of times to be effective, you should plan to have these done well in advance of your travels. A vaccination against tetanus is also strongly recommended along with vaccinations against polio and diphtheria, which can be done as a one-time vaccination, the so-called triple combination). Malaria prophylaxis is not mandatory.

We recommend that you consult your GP or a doctor of tropical medicine to get professional and specific advice at least two months before your trip. You will find plenty more useful information and advice on the Federal Foreign Office website.