Hvar in Dalmatia – The Sunny Island of Superlatives

The Island of Superlatives – What makes Hvar so Special

According to the Total Croatia News website, Conde Nast Traveler has named Hvar the most beautiful island in Europe and the 6th most beautiful in the world! And for good reason too! The almost 300km2 island offers its visitors incredible variety from natural beauty and cultural highlights to sports facilities and culinary delights. From beaches to well-signposted cycling paths and excellent local wine, from fragrant lavender fields to castles, monasteries, and UNESCO protected old towns – Hvar is an island for all the senses.

The island has become famous beyond the borders of Croatia thanks to its extremely clever marketing. Hvar promises that visitors to the island can stay in the hotels for free should it snow during their stay. This is done, however, with very calculable risks for the hoteliers: it (almost) never snows on the island!

The island capital of the same name, Hvar, has been an absolute Mediterranean hotspot for several years. A classy yet bustling place during the summer months, Hvar is often called the Croatian St. Tropez and has become a holiday destination for celebrities from around the world: from musicians like Beyonce to athletes such as David Beckham and Wladimir Klitschko, from actors like Keira Knightly to royalty such as Prince Harry. Aside from such endorsements, the town is utterly worth a visit: Just a stone’s throw away from the glamourous harbour, the main square, Pyaca, opens up from the café lined promenade bordered by buildings from the Baroque and Renaissance periods. The largest square in Dalmatia is home to the most impressive architectural masterpieces in the town; the Cathedral of St. Stephen, the Bishop's Palace, and the Arsenal, which also houses the town theatre. Who could resist an hour of leisure watching from one of the cafés reminiscent of Viennese coffee houses?

If you feel the urge to stretch your legs, you can climb the many steps and walk around the hairpin bends up to the Spanish Fortress, enthroned high above the town. Contrary to what the name of the fortress suggests, it was built not by the Spanish, but by the Venetians in the middle of the 16th century. However, as Spanish engineers and workers were also involved in its construction, it was ultimately given the name Španjola. Once at the top, the fortress offers a magnificent view over the whole town of Hvar, the sea, and the Pakleni Islands; an enchanting archipelago of more than 20 islands with some of the most beautiful swimming bays in Croatia. If you are not visiting Hvar on board your own boat, there are a number of taxi boats that take travellers out to the bathing paradise that lies just off the coast of the island. 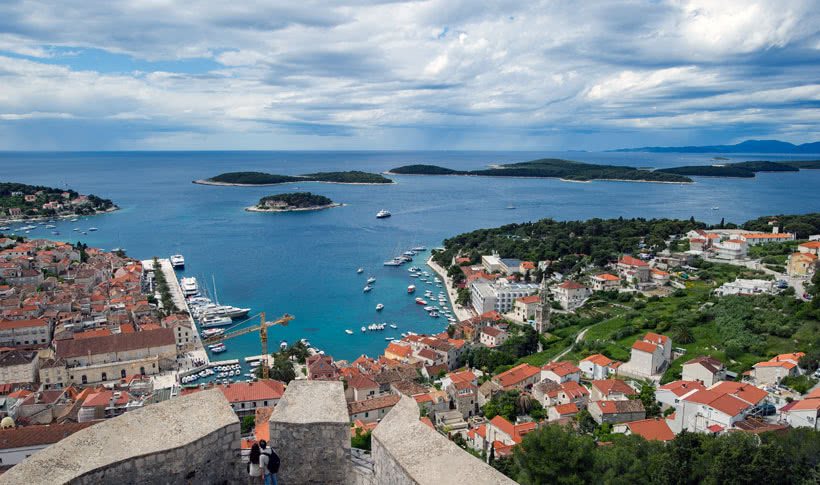 Look over Hvar town from a different perspective 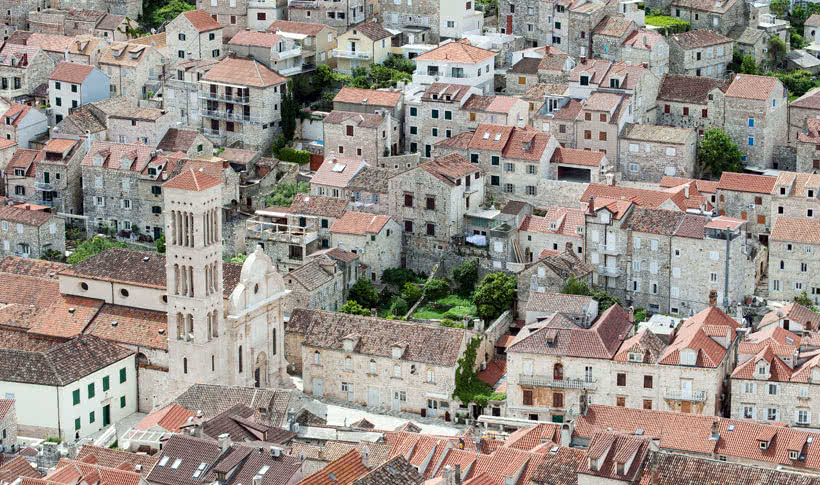 Beautiful shades of cream and terracotta 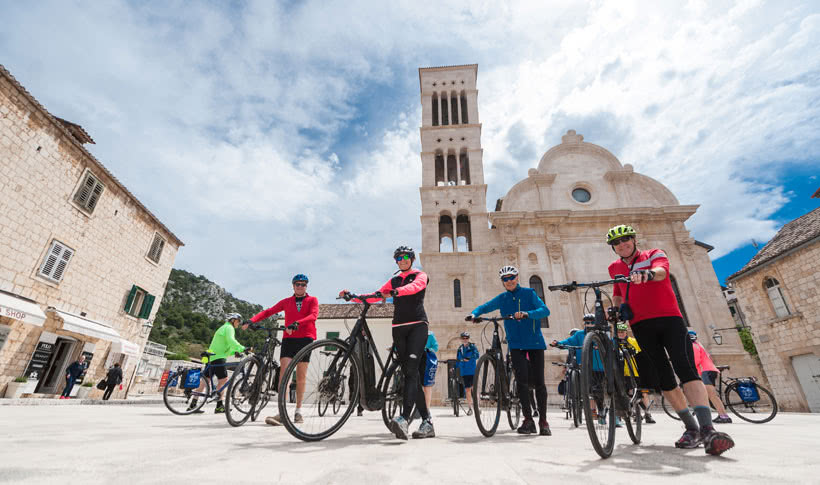 As soon as you turn your back on the lively island capital, heavenly peace reigns. From the end of May until July, the interior of the island is bathed in a purple glow and a very aromatic scent fills the air: the lavender is in bloom! Originally cultivated to fight phylloxera, today lavender is Hvar's best-selling export. Many hardworking hands have created countless stone terraces, especially around the small village of Velo Grablje.

The purple splendour is not only treasured for its wonderful scent, but also for its healing properties. Lavender is said to help relieve headaches, high blood pressure and rheumatism. It is also a valued moth and mosquito repellent. Every year at the end of June the traditional Lavender Festival is celebrated in Velo Grablje. The plant is then carefully harvested with a sickle and processed into essential oils and heavenly smelling scented cushions. 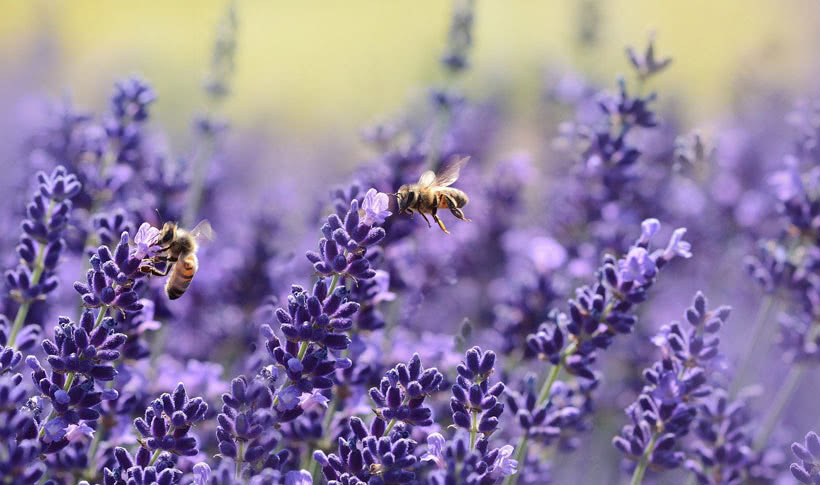 The spectacular colour that defines the island of Hvar 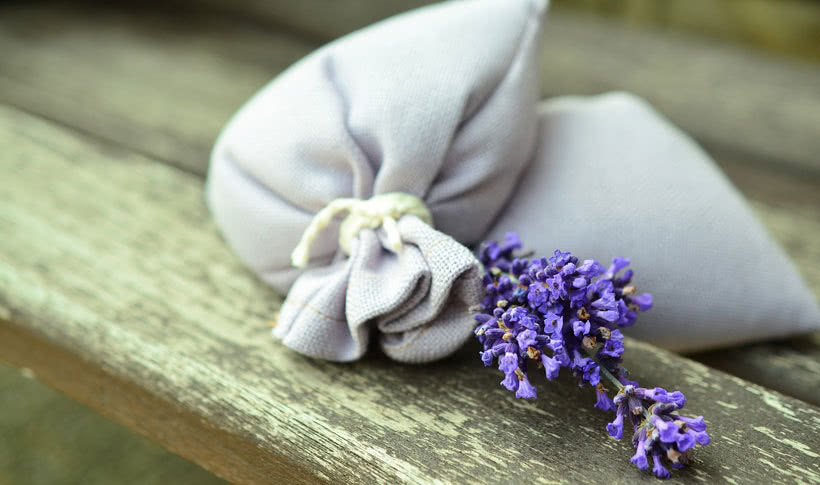 Take the scent of Hvar home as a souvenir

Already in the 4th century B.C. the ancient Greeks were enthusiastic about the island of Hvar and founded the trade colony Faros, today's Stari Grad, on the northern coast of the island. The fjord-like bay is almost 7 km long and the picturesque town of Stari Grad lies protected at its end. At the gates of the city, the Greeks cultivated the famous Stari Grad Plains: their partitioning of the fertile fields have been preserved to this day. In the past, the agricultural area of about eight hectares was mainly cultivated with grapevines, but today you will also spot olive, fig, and almond trees.

The small paths that cross the fields are ideal for cycling to the nearby towns of Jelsa and Vrboska. As different as they are, both harbours enchant with absolute authenticity. Vrboska's special characteristic is a multitude of small bridges that cross the artificial water channel which runs through the centre of the town. Every individual bridge enchants with its own architectural style. In Jelsa, the main square tempts you to linger, preferably with a large ice cream from the Gelateria Riva. Located directly on the square, this gelateria has been tempting its guests with traditional and unconventional frozen delicacies for many years. 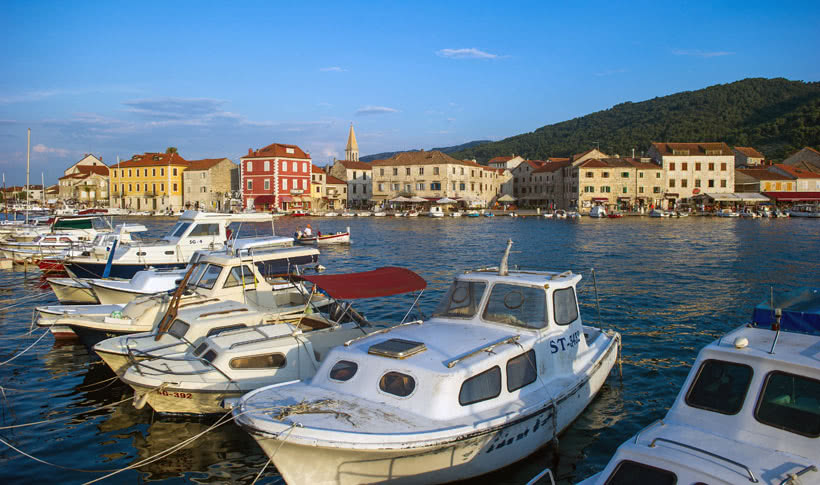 The beauty and calm of Stari Grad harbour 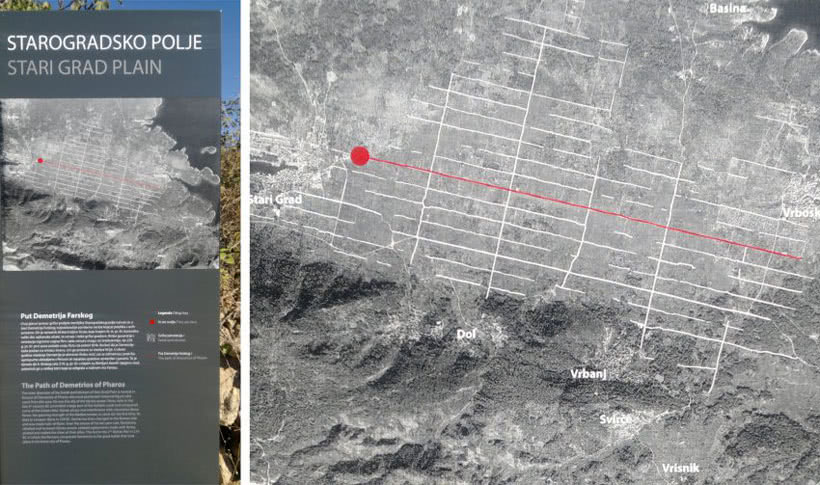 A true piece of history in the very soil

Two-wheeled enthusiasts will be particularly pleased: the island of Hvar is one of the few European islands with excellently signposted cycle paths. Surely the most beautiful way to explore the island! Whether you prefer a hybrid bike, e-bike, road bike or mountain bike, there is suitable infrastructure for everyone. The local company Hvar Life is dedicated to exploring the island on two wheels, offering bike rentals and guided tours of different lengths and at varying levels of difficulty.

If you would like to experience other Dalmatian islands by bike in addition to Hvar, you can't go wrong with a combined Bike & Boat tour. Islandhopping are the specialists for this type of travel, offering a wide range of combined bike, MTB, or e-bike and boat tours throughout Croatia. 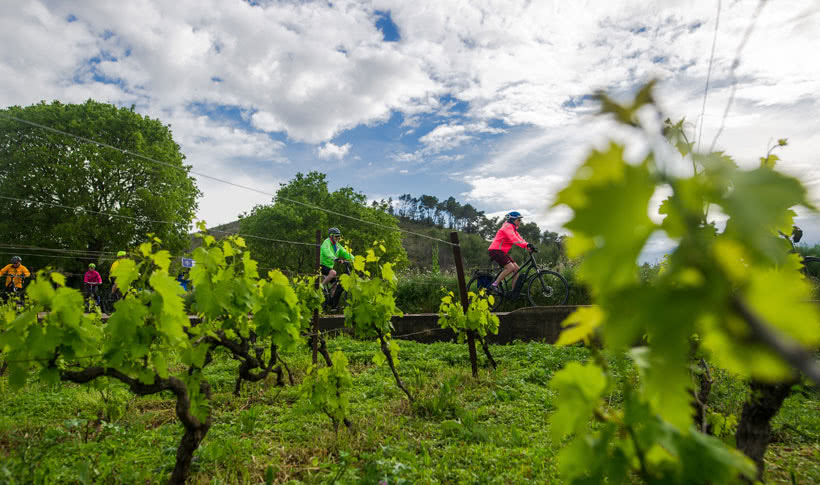 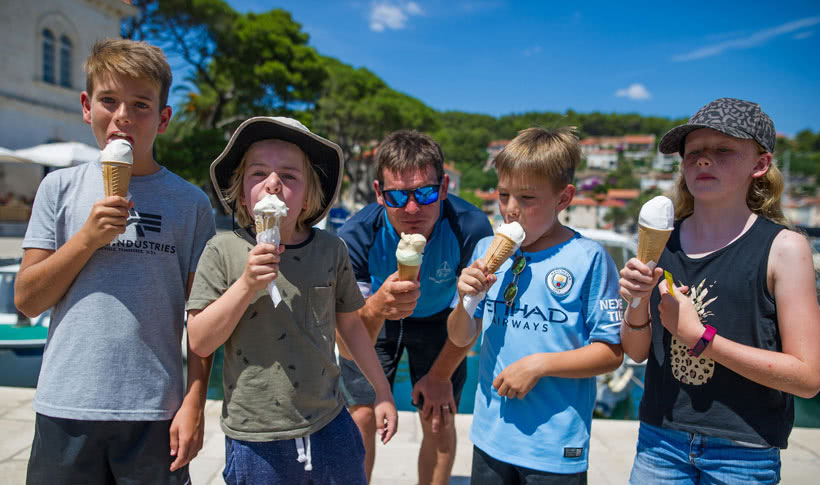 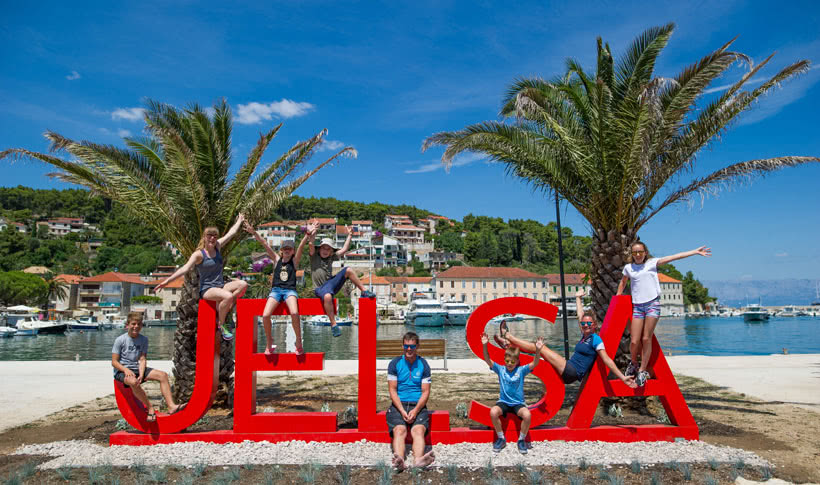 Everyone is happy to be in Jelsa!

Those who enjoy wine and seafood as well as secluded places full of local colour and charm should not miss a visit to Bilo Idro in Sveta Nedjelja. The winery, located on the southern coast of Hvar, produces, among other things, a multi-award winning Cran Cru. However, as this is not the only divine wine kept in the large wine cellar, a wine tasting is certainly worthwhile! The best starting point is the in-house restaurant, where the best seafood on the island as well as wonderful meat dishes are served.

Meneghello Art Resort in Palmižana on Sveti Klement (Pakleni Islands) is a refuge of peace and quiet. Above the azure blue bay of Palmižana, this property is surrounded by an exotic garden with rare cacti and all kinds of Mediterranean plants. For over 100 years, the Meneghello family has been dedicated to cultural tourism, promoting local artists. Far away from any traffic noise you can explore the paradise of Sveti Klement on foot before enjoying the extremely delicious and fresh cuisine in the Meneghello Restaurant. 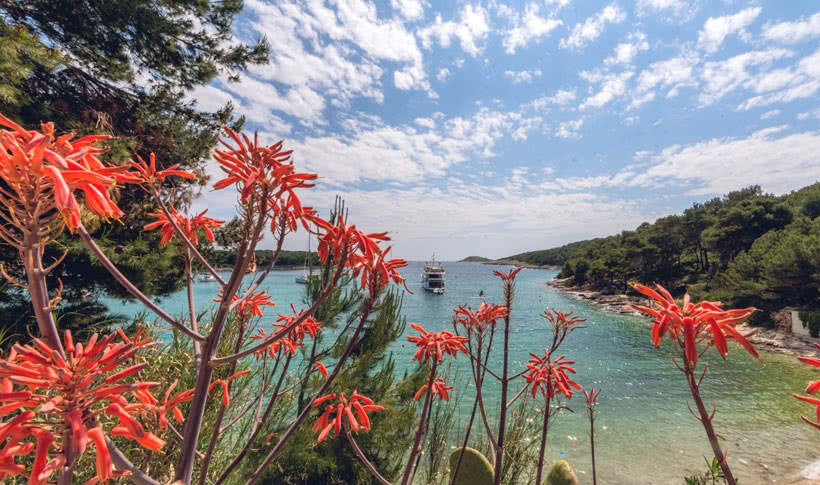 Pure relaxation is waiting for you at Meneghello Art Resort 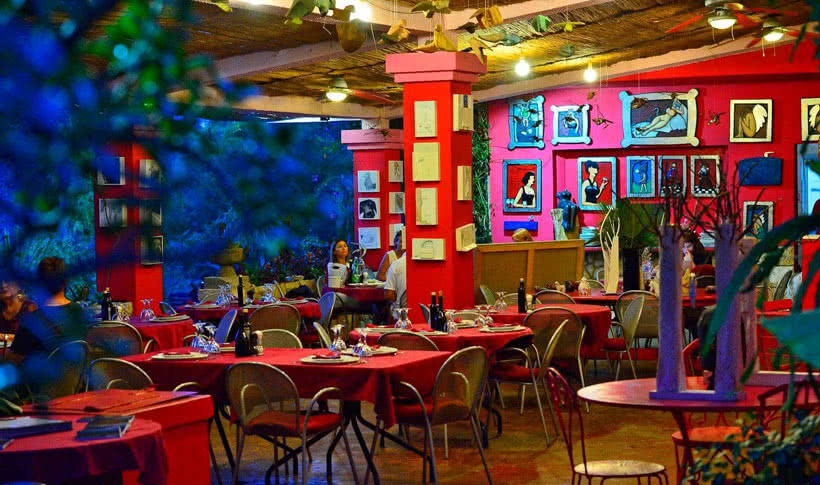 A wonderful atmosphere as well as delicious food! 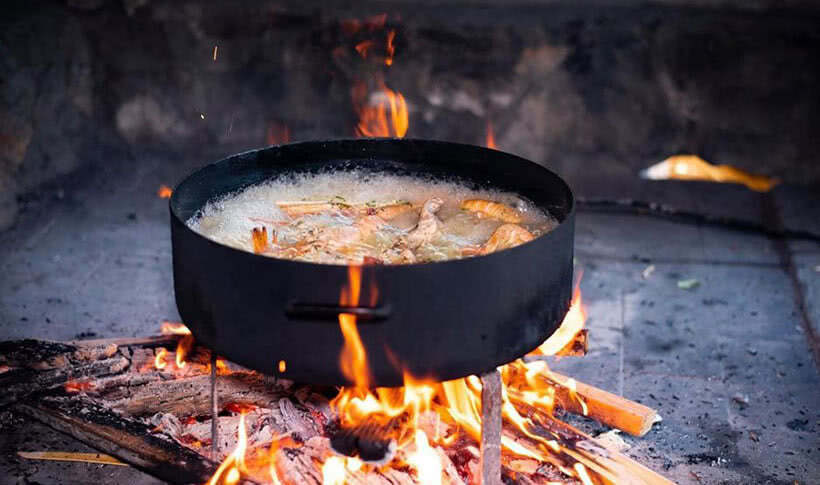 This looks just as tasty as it is!

How to get to Hvar

The best time to visit Hvar

The months of May and June as well as September and October are ideal for a trip to Hvar: during these months you can be sure to meet little if not any crowds in the tourist hotspots! The bays and beaches are also far quieter during these months. Lavender lovers should definitely visit in June or July. The late summer months come highly recommended for all swimming enthusiasts.