Explore Holland at its most beautiful by Tall Ship & Bike on the Wadden Sea and IJsselmeer. A place full of colour and beauty, this country is characterised by vibrantly painted clogs, flowering tulip fields and distinctive dykes, not to mention the countless windmills and bikes. A variety-packed journey in technicolour is what awaits you on your cycling holiday in Holland.

Our Bike Tours in Holland:

A Colourful Wonderland on the Wadden Sea and IJsselmeer

Sail & Bike in Holland: An adventure full of variety

When talking about the country of bicycles, tulips and windmills many people ask themselves: is the correct name Holland or the Netherlands? Or is Holland the same as the Netherlands? The name “Holland” actually only refers to the western region of the Netherlands, but it is often used as a synonym for the country’s official name, not only in colloquial English but even by a number of Dutch people themselves. Until the end of the 16th century, the area was known to foreign trading partners as “Flanders”, and it was only at the beginning of the 17th century that the term “Holland” began to be used. This was as a result of the of the “county of Holland” becoming the most influential province in the republic.

Today Holland is synonymous with colourful tulip fields, similar to those in the famous Keukenhof flower garden or the unique garden museum, Hortus Bulborum. The country is characterised by its delicious cheese and stroopwafels, beautiful cities, thousands of bridges and flat landscapes, perfect for cycling tours. Holland undeniably has its own unique charm. The friendliness of the locals gives the country a warm and welcoming atmosphere.

Whether visiting the capital, Amsterdam, romantic harbour cities such as Haarlem or Alkmaar, or exploring the IJsselmeer or Wadden Sea – a trip to Holland is guaranteed to be a memorable one. Our “Bike & Sail Holland Tulip Tour” promises an exceptional, colourful holiday.

IJsselmeer: The largest lake in the Netherlands

The man-made lake, IJsselmeer, also known as Lake IJssel, was named after its main tributary, the IJseel river. The IJsselmeer was created in 1932 with the construction of the 29-kilometre-long dyke where the former Zuiderzee met the Wadden Sea. The primary reason for constructing the dyke and creating the lake was to protect the coast from flooding. On our cruise “Sail & Bike Holland IJsselmeer” we discover the southernmost part of the IJsselmeer by bike and sailing ship. Though once part of the North Sea, the IJsselmeer is now the largest freshwater lake in Holland.

Our IJsselmeer cycling tours lead through the polder land with its numerus windmills, passing through picturesque inland villages and by beautiful IJsselmeer beaches. Once off the land and aboard the tall ship we sail the IJsselmeer between Enkhuizen and Urk. Further must-see places on the tour include historic ports and trading towns such as Hoorn, as well as Broek, a settlement established on a moor in the Waterland region.

Enchanting fishing villages with colourful half-timbered houses and fairy-tale landscapes dotted with dykes: the unique Wadden Sea waits to be discovered. Stretching from the North Sea coast, between Denmark in the northeast and the Netherlands in the south west, it is the largest area of uninterrupted intertidal sand and mud flats in the world and a world heritage site. Here, where water and sand ebb and flow, the area continually transforms. The ecosystem is a refuge for numerous plants and animals, serving as a resting place for many birds and a source of food for fish. Dunes and dry sandbanks roll along the coast like a string of pearls and the natural elements of sea, wind and sun appear to dance with one another.

On our “Sail & Bike Wadden Sea” we will visit some of the top places in Holland such as the "De Boschplaat" heathland as well as Texel and Terschelling on the North Sea; islands perfect for cycling. The island of Terschelling’s landmark, the 400-year-old lighthouse "Brandaris", in an absolute must visit.

Facts about the Netherlands 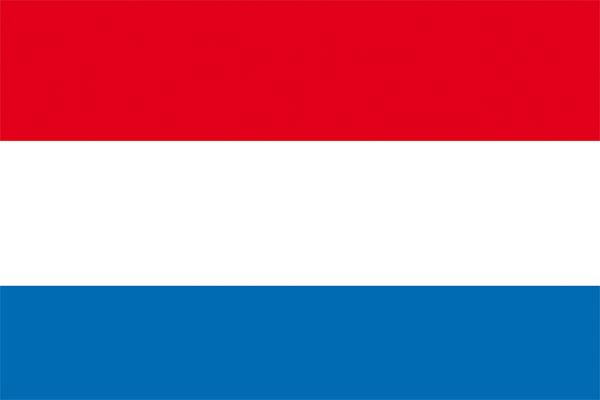 The Netherlands has a moderate climate with cool summers and mild winters. In the west of the country, on the North Sea coast, the climate is influenced by the Atlantic Ocean (mild winters, cool summers). The Atlantic influence decreases a little towards the east, resulting in a more sub Atlantic climate near the German border, with cool winters and warmer summers.

The best time to travel to Holland for a cycling holiday is from May to September. Pleasant temperatures between 18°C (64°F) and 25°C (77°F) make even demanding cycling tours enjoyable.

Identification documents/passports, which are valid for at least 3 months, are necessary for entry into the Netherlands. Therefore, please make sure to have the necessary documents with you when entering the country. Children travelling to the Netherlands must also have a valid passport.

Please contact the responsible authority in your home country for information regarding the use of temporary passports or identity cards when entering the Netherlands.

Goods purchased in an EU member state that have already been taxed (so-called excisable goods) can easily be brought to the Netherlands by private individuals provided the goods have been purchased exclusively for the individuals own use, i.e. not for industrial/commercial purposes.

Identification documents/passports, which are valid for at least 3 months upon entry, are necessary for entry into the Netherlands. Therefore, please make sure to have the required documents with you when entering the country.

Please note that provisional passports and replacement documents are generally not recognized. Children (regardless of the age) must also present a valid passport when entering the Netherlands.

Please contact the responsible authority of your home country for further information on entry regulations (especially in case off lost/substitute documents).

The Netherlands is one of the EU countries whose national currency is the euro. There is no restriction on the amount of money that may be brought into the country. Travellers cheques are also accepted throughout the Netherlands however, it is advisable to bring travellers cheques in euros to avoid exchange fees.

Good to know: In the Netherlands, VAT and a processing fee in hotels, restaurants, shops and taxis are already included in the bill. Tipping is always welcome, but not obligatory. Taxi drivers and waiters are usually tipped 10% while 0.50€ is the usual amount for cleaning staff in public toilets.